My first acquaintance with Africa was when I set foot in Zanzibar. The funny thing was that it felt like coming home and years later, when I was talking about this to a friend with roots in Ghana, he said it made sense because we are all from Africa, like Stephen Marley is singing in ‘Made in Africa‘

Besides the feeling of coming home, I got to know the feeling of being welcomed and celebrated by people I don’t know as if we had known eachother for years.

At Zanzibar I was staying in a lodge on the beach. Far from the tourist resorts. There was no electricity and no heated water. I used an oillamp in the nigt and took a shower as warm as it was and that was more than enough.

I fell in love with the most friendly hosts, who came in the morning to ask what I would like to eat in the evening and when I said I would like to eat squid, one of the sons went into the sea to catch it for me. Everyday there was fresh spinach and fruit and some days they made pancakes for me.

Every morning I started with a big mug of tea, served with bananas and some porridge. Followed by a cup of coffee. One. Africafe.

I had no plan and 4 weeks of holiday to go and I was so much enjoying this paradise on earth that I decided to stay for a while.

One of the sons started to teach me some Swahili, what would be helpfull when I was going to travel around. I helped him to improve his English.

Sometimes he and me went out to sail in a hollowed-out tree trunk with rice bag sails and then I gave him my snorkel and flippers so he could splash around while I watched the boat.

Everytime when I was heading up to go to Stone Town they send one of their guys to catch up with me and accompany me, but I felt safe. One day I got lost in Stone Town and when I asked someone the way, he took me by the hand and brought me back home. Just like that.

The family laughed very hard at me and repeated every day after that the son had lost sight of me and I immediately got lost. For that I got the nickname “wandering light”.

The day before my birthday I asked one of the guys to catch a Kingfish, so we could make a little party together.

Next day we made a fire on the beach where we could prepare the fish and joined it together with all kind of friends of the family. We ate the fish accompanied by some beers and people playing djembé and it became one of the most memorable birthdays ever. 🥰

I think about that evening this week. When it is my sweetheart’s birthday and he calls me via what’s app to play a happy birthday song for me with his friends. He is having good times 4000 miles away and with this I can enjoy their gathering, the party and the music they make, cuz ‘you celebrate together’. Wontanara.

about Sandra M.E. Jacobs (in Dutch) 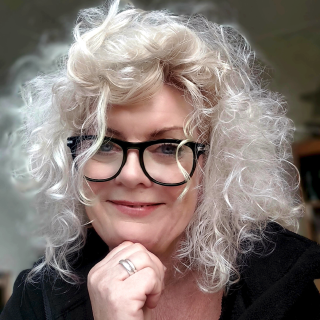